Xi'an also known as Sian, is the capital of Shaanxi Province. A sub-provincial city on the Guanzhong Plain in northwest China, it is one of the oldest cities in China, and the oldest of the Four Great Ancient Capitals, having held the position under several of the most important dynasties in Chinese history, including Western Zhou, Qin, Western Han, Sui, and Tang. Xi'an is the starting point of the Silk Road and home to the Terracotta Army of Emperor Qin Shi Huang.

Since the 1990s, as part of the economic revival of inland China especially for the central and northwest regions, the city of Xi'an has re-emerged as an important cultural, industrial and educational centre of the central-northwest region, with facilities for research and development, national security and space exploration. Xi'an currently holds sub-provincial status, administering 9 districts and 4 counties. As of 2018 Xi'an has a population of 12,005,600, and the Xi'an–Xianyang metropolitan area a population of 12.9 million. It is the most populous city in Northwest China, as well as one of the three most populous cities in Western China, the other two being Chongqing and Chengdu. In 2012, it was named as one of the 13 emerging megacities, or megalopolises, in China. 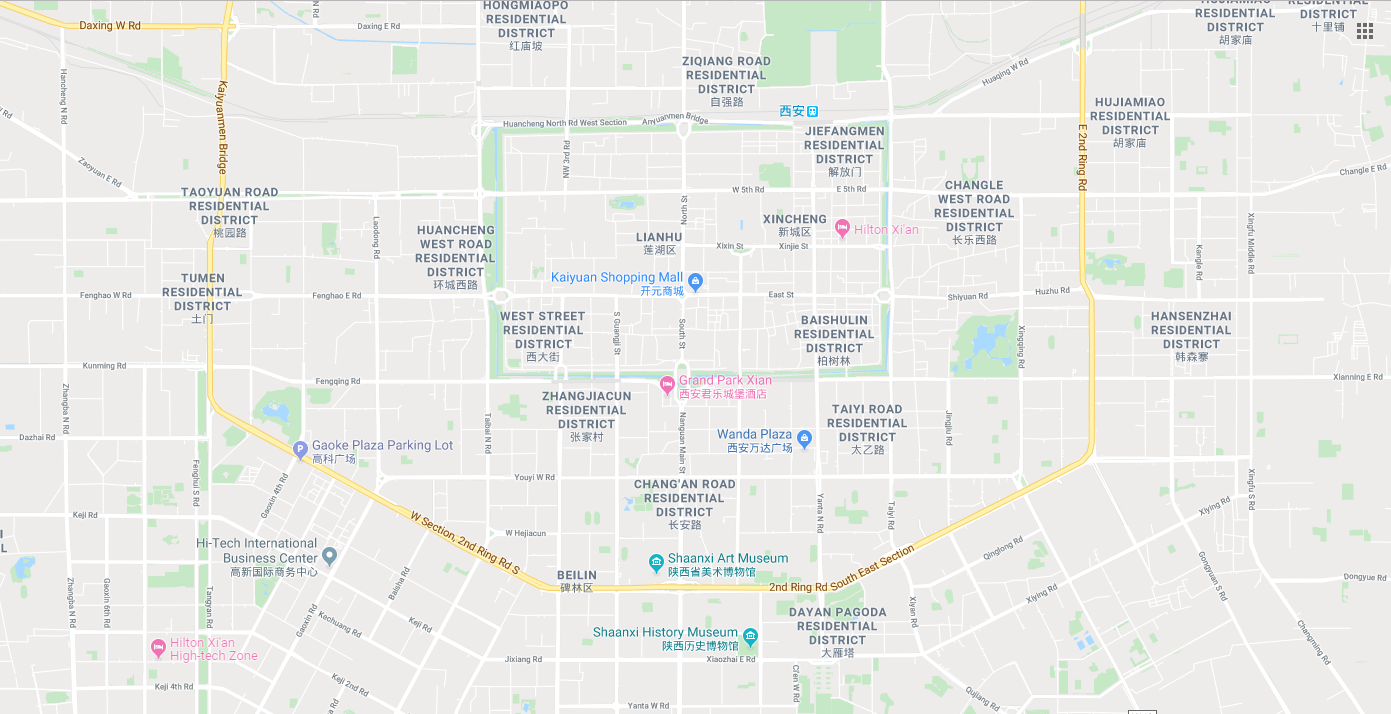 Giant Wild Goose Pagoda or Big Wild Goose Pagoda (Chinese: 大雁塔; pinyin: Dàyàn tǎ, literally "swan goose pagoda"), is a Buddhist pagoda located in southern Xi'an, Shaanxi, China. It was built in 652 during the Tang dynasty and originally had five stories. The structure was rebuilt in 704 during the reign of Empress Wu Zetian and its exterior brick facade was renovated during the Ming dynasty.

One of the pagoda's many functions was to hold sutras and figurines of Gautama Buddha that were brought to China from India by the seventh-century Buddhist monk, scholar, traveller, and translator Xuanzang. Today, the interior walls of the pagoda feature engraved statues of Buddha by the renowned artist Yan Liben. 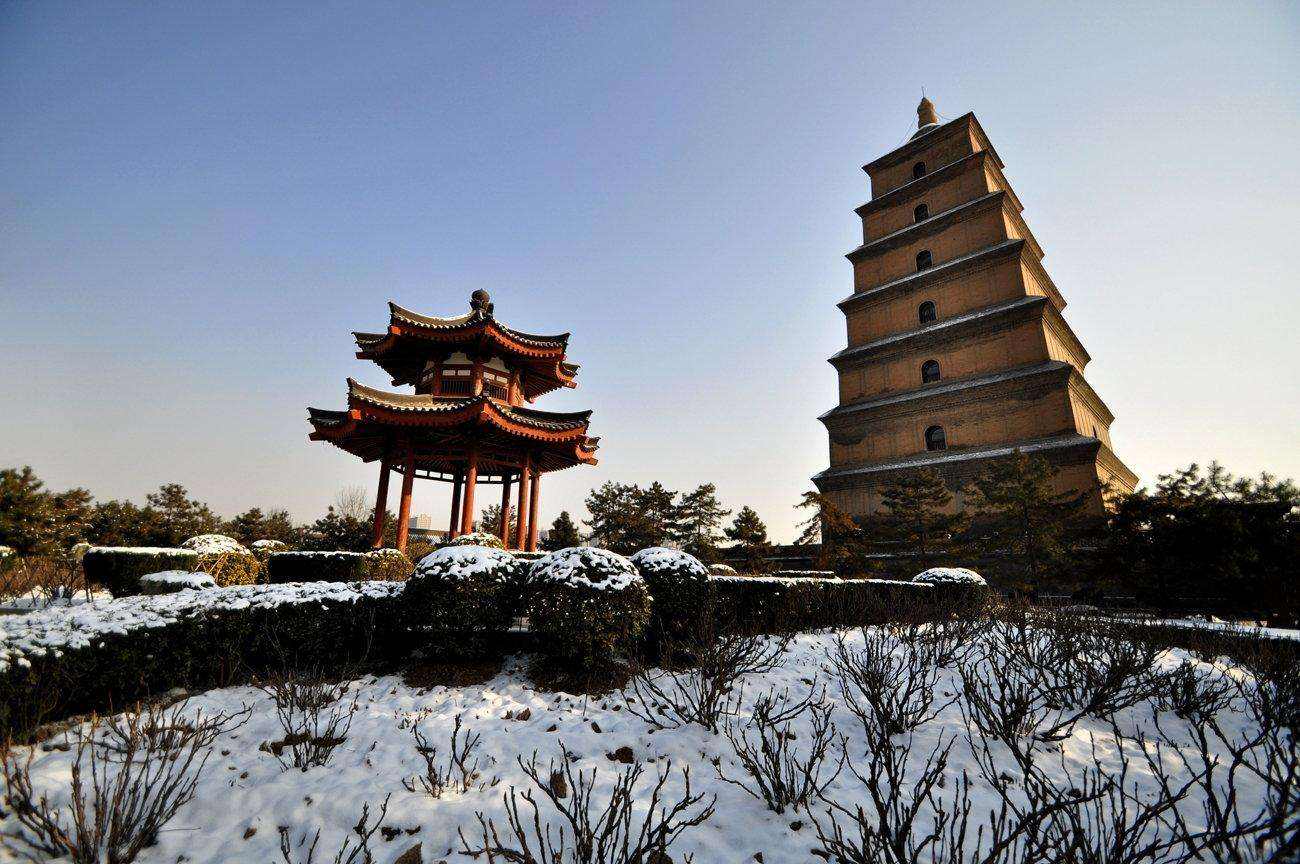 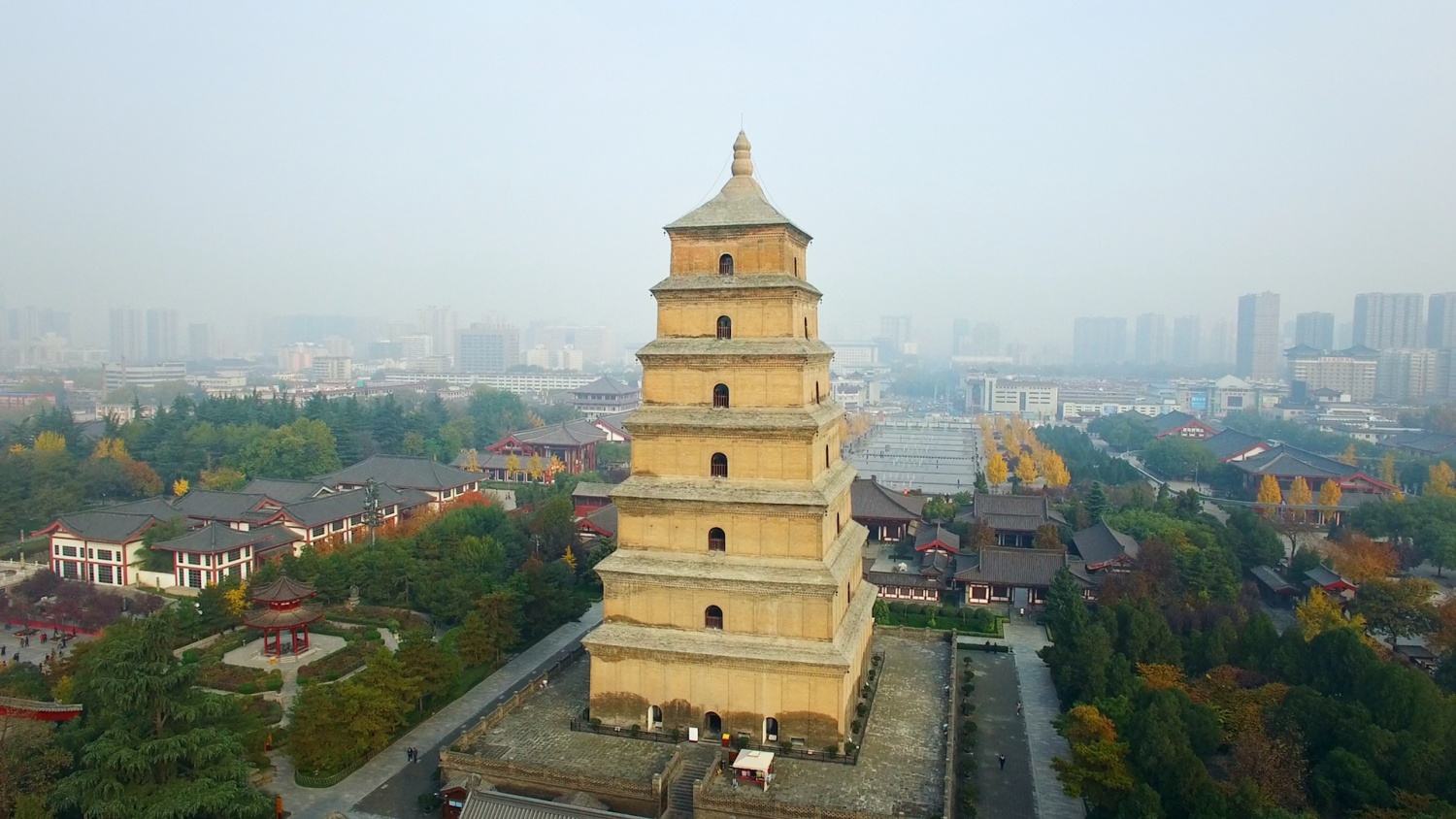 The Mausoleum of the First Qin Emperor (Qin Shi Huang) (Chinese: 秦始皇陵; pinyin: Qínshǐhuáng Líng) is located in Lintong District, Xi'an, Shaanxi province of China. This mausoleum was constructed over 38 years, from 246 to 208 BC, and is situated underneath a 76-meter-tall tomb mound shaped like a truncated pyramid. The layout of the mausoleum is modeled on the Qin capital Xianyang, divided into inner and outer cities. The circumference of the inner city is 2.5 km (1.55 miles) and the outer is 6.3 km (3.9 miles). The tomb is located in the southwest of the inner city and faces east. The main tomb chamber housing the coffin and burial artifacts is the core of the architectural complex of the mausoleum.

The tomb itself has not yet been excavated. Archaeological explorations currently concentrate on various sites of the extensive necropolis surrounding the tomb, including the Terracotta Army to the east of the tomb mound. The Terracotta Army served as a garrison to the mausoleum and has yet to be completely excavated.

The Terracotta Army is a collection of terracotta sculptures depicting the armies of Qin Shi Huang, the first Emperor of China. It is a form of funerary art buried with the emperor in 210–209 BCE with the purpose of protecting the emperor in his afterlife.

The figures, dating from approximately the late third century BCE, were discovered in 1974 by local farmers in Lintong County, outside Xi'an, Shaanxi, China. The figures vary in height according to their roles, with the tallest being the generals. The figures include warriors, chariots and horses. Estimates from 2007 were that the three pits containing the Terracotta Army held more than 8,000 soldiers, 130 chariots with 520 horses, and 150 cavalry horses, the majority of which remained buried in the pits near Qin Shi Huang's mausoleum. Other terracotta non-military figures were found in other pits, including officials, acrobats, strongmen, and musicians.

The Daming Palace was the imperial palace complex of the Tang dynasty, located in its capital Chang'an. It served as the imperial residence of the Tang emperors for more than 220 years.Today, it is designated as a national heritage site of China. The area is located northeast of present-day Xi'an, Shaanxi Province. The Great Mosque of Xi'an (Chinese: 西安大清真寺; pinyin: Xīān Dà Qīngzhēnsì) is the largest mosque in China. An active place of worship within Xi'an Muslim Quarter, this courtyard complex is also a popular tourist site. The majority of the mosque was built during the early Ming dynasty. It now houses more than twenty buildings in its five courtyards, and covers 12,000 square metres (130,000 square feet).